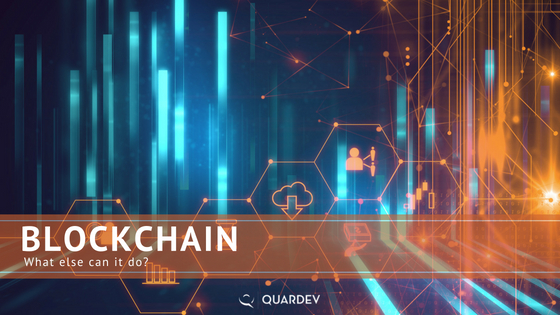 Last time we talked about the blockchain that has emerged from Bitcoin technology, and we discussed a bit about how it works. However, Blockchain technology is being employed in many more ways than just cryptocurrencies. In a recent article in the New York Times, Nathaniel Popper writes, “In the first three months of 2018, venture capitalists put half a billion dollars into 75 blockchain projects, more than double what they raised in the last quarter of 2017, according to data from Pitchbook.”

Many think blockchain technology is poised to be the most technologically revolutionary concept since the Internet was invented. That notion has merit considering the scope of applications that may be affected. Certainly, any software system that uses a database could potentially be affected. Applications that require transaction histories, identity protection, or proof of ownership are other potential candidates for blockchain technology.

According to blockgeeks.com, “This decentralized blockchain system is going to change your life from the way you transact business or manage assets, to the way you use your machines, vote, rent a car, and even prove who you are. Along the way, it will transform banks and other financial institutions, hospitals, companies, and governments among others.”

Here are just a few of the areas where blockchain technology is being developed:

Stay tuned for our next article that will focus on how we may test the technology. It’s had a few major fails in the headlines – how can we ensure this doesn’t happen?